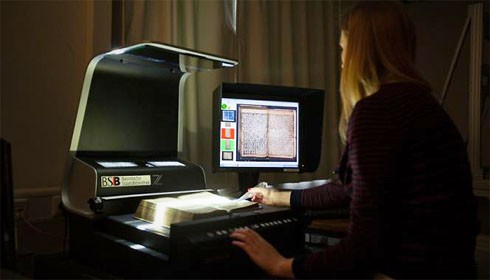 Current European copyright regulations too often lead to locking away our cultural heritage held by museums, archives and other institutions. Here, rights clearance on an individual level is a major obstacle.

Europe has a rich and diverse cultural heritage. This heritage is the base of our common house of Europe, it is also important for Europe’s place in the world. Its impact on Europe’s reputation is huge.

But Europe’s cultural heritage is jeopardized by copyright confusion. Without reform, Europe’s culture will not keep up in a digital world. For public institutions preserving our cultural heritage like museums, archives, or libraries, it is very difficult and often even impossible to give access to their holdings in a digital world – at least if they act according to the law.

The same holds true for new commercial exploitations of cultural heritage. The reason is simple: In order to use cultural heritage, the copyright status has to be clarified. And clarifying the copyright status of an old work is very difficult. It is laborious. It is costly. And very often it is simply impossible. The transaction costs for copyright clearance are often so high that license fees appear as a negligible factor.

With older works it is often unclear who holds what rights in them – this is particularly true with regard to rights for digital uses. Just take an old film, a silent movie like the famous “Metropolis”. It is almost impossible to clear rights, for example for streaming such a film.

Every use of a work protected by copyright must provide an exhaustive sequence of rights assignments from the creator to the user. But these assignments are complicated. Copyright can be assigned covering single actions or usage rights or, alternatively, in general for all kinds of uses. Both can be assigned exclusively or non-exclusively, for a limited period or for an unlimited period.

Certain kinds of uses may not be transferred. Some legal systems did not allow the transfer of rights for future forms of uses – which digital use often is.

But let’s go back to the old film. Different creators – like the director, the cameraman or the cutter – acquire their own copyright. The producer tries to unite all rights. If today an older film is to be used, it must be researched which rights the creators have assigned to a film producer and whether a film producer has resold these rights again later in real terms. The longer the sequence of legal transactions, the higher the risk of certain rights not having been transferred to a sufficient extent.

In copyright, a bona fide (good faith) acquisition does not exist. All contracts must be diligently analyzed in detail. This includes contracts between creators and a film producer as well as follow-up contracts for all forms of copyright transactions and licensing of a film. More often than not, old contracts are lost, so rights cannot be cleared reliably. But even if contracts still exist, they do not have clauses with regard to uses which were unknown in the 1920s, such as streaming.

This differs from the legal situation in the U.S. with its famous film industry. The doctrine of “work made for hire” leads to a clear bundling of rights by the film producer, including rights for uses unknown at the time of the production. Additionally, the U.S. had a system of mandatory copyright registration before it entered the Berne Convention in 1989.

As a result of this registration requirement, it is usually very clear who holds copyright in older works. If today the Motion Picture Association of America is lobbying against copyright reform in Europe, it is also defending U.S. dominance by preventing European film heritage to arise from digital invisibility, caused by copyright confusion.

Copyright reform is not about expropriating rights holders

Archives, museums and libraries are particularly affected by legal uncertainty with regard to older works. But the content industry is also affected. Rights clearance means high transaction costs – with no benefit for the creators.

As a result of this legal situation, either old content is not digitally used – this is the rule in Europe. Or the law is being ignored. Risk management replaces rights clearance, especially commercial firms take this route. Business models with older content usually lack a sound legal basis. Instead, they are based on accepted presumptions and copyright fraud.

Copyright reform with respect to cultural heritage is not about expropriation of rights holders – it is about ending a situation of copyright fraud, presumptions and fictive writing up of rights.

All examples for mass digitization of cultural heritage on a large scale avoided legal assessments for each and every item. Mass digitization in the U.S., like the Google Books Project or other projects like the digitization at the Internet Archive, are based on fair use. The digitization project of the Norwegian national library is based on a national agreement with rights holders within a tradition of extensive collective licenses.

In a report on orphan works and mass digitization in June 2015, the U.S. Copyright Office pointed out that mass digitization is hard to manage on the basis of rights clearance of each and every item and called for legislative action. The legal situation in Europe is even worse. Only reforms which avoid legal assessment, which avoid high transaction costs will boost our cultural heritage.

It is time to decide: Will the European Union find a way out of copyright confusion or will European cultural heritage become increasingly invisible in the digital world?

This piece originally appeared as a guest contribution to the blog of Andrus Ansip, EU commissioner for the Digital Single Market. CC BY 4.0 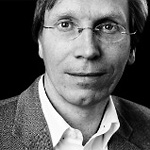