Martin Kretschmer: “The EU would lose little if it simply rejected the directive” 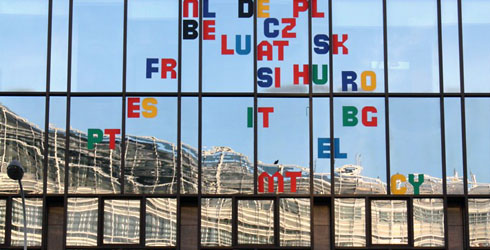 With the planned obligation for internet platforms to obtain licences, the EU Copyright Directive harms the balance in copyright law, says law professor Martin Kretschmer. In his opinion it is unworkable. In any case, the European Court of Justice will soon make certain internet platforms liable for copyright infringements.

iRights.info: The proposed EU Copyright Directive intends to create new obligations for internet platforms whose users upload large amounts of content. They will become directly liable for copyright infringement. This should force them to give authors and right holders a share of their sales and prevent illegal uploads. Is that a good idea?

Martin Kretschmer: The directive is based on a fundamental misunderstanding, and that is this underlying idea of an obligation to licence. It is obvious that Youtube is the target, but it is completely unclear how obtaining authorisations will work in practice for many other platforms, services and use cases.

Let’s consider two examples: On Twitter, someone uploads an image of a document that the copyright holder does not want to see in public for political reasons. Or take a platform that specialises in advertising from the 1950s. Both are characteristic internet innovations that have cultural and social value. Where should the platforms obtain the necessary licences for these works? Who should Twitter contact to license leaked documents? Who should a platform turn to in order to clear the rights for advertising content from the 1950s? 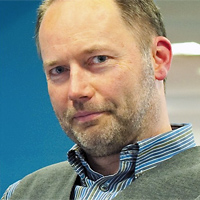 iRights.info: The directive has exceptions, for example for companies that are less than three years old, have a turnover of less than ten million Euros and who have less than five million monthly visitors.

Martin Kretschmer: That’s all well and good, but here is another example: someone launches an online platform about early forms of gaming. Users upload images or videos and a typical user-generated exchange is established.

For many uploads, the copyright situation will be unclear – but thanks to the carve-out, the operator does not have to filter for the first three years – but what happens afterwards? Nobody knows who holds which rights in these early games – the software, the visualizations, the sound, possibly music.

iRights.info: According to the directive, the operator must try to obtain authorization, i.e. licences.

Martin Kretschmer: Let’s assume that the service provider undertakes a diligent search, writes emails, posts messages to forums, but without result. Perhaps the operator can then claim, according to Article 13 (4a) and (4b) of the Directive that he has made “best efforts” to find the rightholders and acquire licences. Or – although it is rather unlikely that developers from the 1970s or 80s will get involved – individual rightholders might surface and report copyright infringements. Then he would have to take down the content immediately.

“This directive puts actors on the defensive.”

iRights.info: These “best efforts” or the deletion after notification would save the operator from liability according to Article 13 (4c).

Martin Kretschmer: It is possible that the reality will move in this direction after the adoption of the directive. However, it could also turn out that one of the large game studios buys certain rights to old games and is now contacting the platform. How is it supposed to act in this unclear legal situation?

Experience shows that if a liability risk arises, most people adopt a defensive stance. And that means either filtering the content, no longer allowing uploads, or discontinuing the service altogether. The directive puts platform actors on the defensive – because the first obligation is the obligation to license.

iRights.info: Some say that the collecting societies could be a central contact point for the licensing of online uses.

Martin Kretschmer: There are no collecting societies for leaked documents that are politically relevant, just as there is no collecting society for sound and film recordings of advertising from the 1950s. In addition, given the large number of authors involved, the licence situation will be blurred. The exciting, innovative potential of platforms for user-generated content relies on the unpredictability of what has, or has not cultural or economic value. Such content does not come bundled in licence packages.

iRights.info: The directive is intended to give collecting societies the opportunity to grant licences for content and works whose authors do not (yet) have an agreement with them – so-called extended collective licences.

Martin Kretschmer: The relevant Article 9a states that member states may introduce this mechanism, they are not obliged to do so. It is not a harmonisation measure and thus runs counter to the directive’s approach. The directive seeks to achieve a “digital single market”, an internal market for digital content, but this is only possible if the provisions apply in all states.

In addition, according to Article 9a, collecting societies are only allowed to offer these licences in “well-defined areas of use”. In many EU countries there is no central point of contact that can offer the relevant authorisations.

“We don’t need the troublesome Article 13.”

Martin Kretschmer: That applies to licensing of music. I don’t see any problem there either, because the infrastructures are in place. For music, we don’t even need the troublesome Article 13. However, this degree of organisation does not exist for some of the most interesting materials uploaded by users. This is a fundamental error of the directive. The models and mechanisms for exercising rights in music have been be imposed on other forms of cultural expression.

iRights.info: Why is Article 13 not necessary for music?

Martin Kretschmer: There is considerable development of EU law relating to intermediaries. This is happening independently of the directive, and is likely to result in a reclassification of Youtube’s service under copyright law. I am talking about the reference of the German Federal Court of Justice (Bundesgerichtshof – BGH) to the Court of Justice of the European Union (CJEU) from September 2018.

One of the issues at stake here is whether Youtube is directly liable as the operator of a platform on which users make videos with copyrighted content available to the public without the consent of the rightholders. The BGH points out that Youtube “prepares search results in the form of rankings and content categories and feeds registered users recommended videos based on videos already viewed”.

iRights.info: Can Youtube and other platforms not rely on the liability privilege of being service providers and not content providers?

Martin Kretschmer: They do, but in my opinion the ruling of the CJEU is likely to withdraw the safe harbour from Youtube on the basis of its previous case law on the standard of a “diligent economic operator”. The jurisprudence has evolved to consider “knowledge of, or control over” the data that allows optimisation of “the presentation of the offers” (L’Oréal v eBay 2011).

Youtube has already taken action and is now offering a paid “Premium” version employing traditional licensing models. In addition, Youtube 2016 agreed to payments to GEMA after years of negotiations. Nobody knows on what legal basis these payments are made and how much money is flowing – the contracts are secret.

Youtube has relied on its Content ID system for years, which compares, filters and blocks copyrighted content. This requires knowledge and control of content and usage. All this suggests that the exemption from liability provided by the eCommerce directive may not be sustainable. This may not apply to all works and content uploaded to Youtube but it is likely that Youtube will have to divide their platform into several services – and actually this is already happening.

“If each country can introduce their own system, there is no single market.”

iRights.info: Youtube’s Content ID, like other filters, has difficulty recognizing copyright exceptions for example when protected content is used for parodies, satire, quotes, and other permitted uses. Nonetheless, the Directive explicitly states that these legal exceptions will continue to apply. Is this not a contradiction?

Martin Kretschmer: I find it rather problematic how Article 13 deals with the issue whether member states must have these exceptions. At the moment, not all EU countries have them. They were not harmonised under the InfoSoc Directive of 2001, where they were optional. As formulated in Article 13(5) of the new directive, it is still unclear if the exceptions are actually to be made mandatory. But if each country can introduce its own system, there is no internal market.

iRights.info: Articles 3 to 7 of the new copyright directive are intended to make it easier for educational, research and cultural heritage institutions to work with protected material. In Germany similar regulations have been in force since 2017 and 2018 respectively.

Martin Kretschmer: That means they are relatively new – and that is why we should first see and evaluate how these exceptions operate in practice and how the market reacts. In my view, there is no urgent need for action at the EU level.

iRights.info: Other experts say, these reforms are long overdue, for example the regulation of text and data mining in Article 3.

Martin Kretschmer: Perhaps. I have argued (with my colleague Dr. Margoni) that the new exception for text and data mining is based on a wrong assumption, namely that there is a need for an exception at all. Text and data mining extracts information from works, but does not copy works as works. This is not a copyright relevant use. It just extracts information from the work.

If, however, the legislator wishes to introduce an exception to remove ambiguities, it should be applicable to everyone – not just for certain scientific purposes. For example, it excludes data journalists or start-ups. Article 3 could make the development of Artificial Intelligence and machine learning more difficult in the EU.

“A licensing obligation as an organisational principle seems harmful to the balance of copyright.”

iRights.info: Would you rather reject the directive as a whole?

Martin Kretschmer: Last autumn, I still thought that the reform – without the problematic Articles 11 and 13 – would be on balance beneficial. Now, I am not so sure. Throughout the directive, we find the assumption that acquiring licences solves all problems. This idea can be traced even into the exceptions for education and science. Mandatory licensing as an organisational principle seems to me to be detrimental to the balance of copyright law.

By focusing on multinational platforms, such as Youtube, the directive loses sight of the cultural and economic potential that the internet could bring to Europe. Europe is culturally rich. Why should innovations for unexpected, interesting, exploitable cultural materials, as I have outlined with my examples, be more difficult here? As a whole, the directive is methodologically flawed. In my personal view, the EU would lose little if it was simply rejected.

iRights.info: What are the alternatives?

Martin Kretschmer: If we really want to start regulating platforms and get them to pay, then tax law and competition law are much more powerful tools. Everybody knows that.

Martin Kretschmer: Copyright law is not the most effective means to regulate these companies. There is a continuity in the lobby dynamic for over 20 years now, since the WIPO Internet treaties, with a focus on the music industry. The trade bodies representing certain industries sometimes seem unable to think outside the framework of copyright solutions. I find that disturbing. 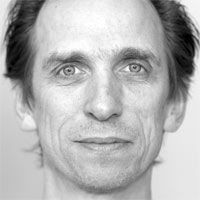